Fast and flowing trails have highlighted day two of the Cape to Cape Mountain Bike Stage Race, with riders revelling in the conditions in Margaret River.

Stage two started and finished at Colonial Brewery, with riders tackling the 51km stage that took in some of the region’s best single track.

The Russell Brooks Building Team of Jon Gregg and Nathan Jones took the honours again in the Men’s Pairs division, finishing ahead of the Blue Derby Pods Ride Team and Rainbow Pedal Pops.

“We started off with about 10kms of fire roads and it was just a steady pace with a big group, once we got to the single track the pace quickened and the field spread out a bit. Once we got into the pines area and the single track very quickly we narrowed it down to three pairs and we knew we’d be battling it out with them,” said Jon Gregg. “At one point Rowan Brown and Bailey Christie from Rainbow Pedal Pops managed to get away and I was little bit worried, they probably had 30 seconds on us, but we managed to get back to them on the final bit of fire road coming into Colonial and they tired out and we dropped them and we had a sprint finish with the Tasmanian guys and we managed to come out on top.”

The pair head into stage three with a two minute lead over Tom Cheesman and Tim Harmsen of the Blue Derby Pods Ride Team.

“It’s a good barrier, it just means you can be a little bit more defensive so you don’t have to push the pace,” said Gregg. “If we’re feeling good we’ll take the opportunity to go hard and try and increase that gap, it just gives you that buffer so if one of us is suffering a bit we can hang back and even lose a bit of time.”

In the Women’s Pair division Kristen Gardner and Zoe Davison of the Weenie G and Z-dawg team continue to lead the way, three minutes clear of Cheeky Chicks, with the Colonial Brewing Girls more than half an hour behind in third.

“It wasn’t my day to shine, Zoe had a good day today, I had leg cramping mid-way through so I just had to ease my way out of there unscathed which is a shame as I love the single track and couldn’t have a good time but it’s alright,” said Kristen Gardner. “The other two are great riders and they could get three minutes on us in one day, this is definitely about keeping our heads above water. I would have loved to have capitalised on it today but I just had to hold off with the cramping.

Zoe Davison enjoyed the conditions and trails on the second day of the event, with the flowing single track suiting her.

“I felt really good today compared yesterday, you can’t always have your good days all the time but I really flowed through that single track, I was going really fast,” said Davison.

Tasmania’s Izzy Flint and Cam Ivory extended their lead in the Mixed Pairs division, opening up a 23 minute lead over MAD Wolfpack, with the third placed FCR Mixed Up a further 21 minutes behind.

“It was awesome, this is always one of my favourite stages going through the Margaret River Pines, I’ve been talking up this stage for weeks leading into it to Iz and I think she had a blast as well, she was on the front for most of it,” said Cam Ivory “To begin with we were on the back of a lot of the men’s pairs just hanging on and eventually we dropped off the back and then we just had a lot of space to ourselves and we could have a chat on the fire roads and not have to worry too much about working in a bunch and then on the trails we could still let loose and have a good time.

Izzy Flint is enjoying her first Cape to Cape, with the Margaret River’s single track suiting her riding style.

“There were so many good trails out there, some great jumps, it was an absolute blast,” said Flint.

“We had plenty of banter out there, I don’t think we talked strategy once at all really, we ride together so much so it’s actually nice to be able to race together and we had more fun than anything else today.”

Racing on day three will again be based out of Colonial Brewery, with riders taking on a 59km stage which features the iconic Middle Earth trails.

Full results can be found here. 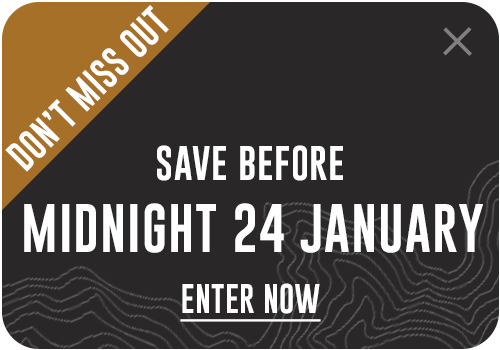