Samara Looks to a Cape to Cape Threepeat

Samara Looks to a Cape to Cape Threepeat

Defending champion, Kiwi mountain biker Samara Sheppard returns the iconic Cape to Cape (18-21 October) looking for a threepeat and the hope of equalling the record of event pioneer Niki Fisher.

Samara’s preparation for Cape to Cape has included a strong showing riding in the pairs format with partner Kyle in Reef to Reef and more recently outright wins at the 100km Flight Centre Epic in Brisbane, the You Yang Yowie on the outskirts of Melbourne and the ACT’s Terra in the Berra.

Samara said Cape to Cape holds a very special place on the Australian racing calendar and she is delighted to going be back to the stunning South West of Western Australia to defend her title.

“This race carries a lot of weight and everyone goes there and does their best and you can judge or forecast how the summer season might go based on how you pull up after Cape to Cape. There is a lot of history and prestige attached to Cape to Cape I would love to win three in a row, I think that would be super special.”

“I just love racing this event because of its dynamics with the bunches and the single track. There are a lot of things I like about cycling all rolled into this one event, as well as the adventure side of it exploring new trails and new parts of the country. It is a really, really, awesome event and it will be perfect to come out on top in the final year as a singles race.”

“Cape to Cape definitely gets the strongest MTB field in the country and draws a lot of elite riders who come out for this one. It is always a good hard racing battle with a lot of depth. The women get to start with the men which is great so we have a lot of riders to form groups with. It is like a combination MTB and road race having all the other riders around you and more fire road sections so you can work as groups.  It has quite a cool dynamic and it always gets a lot of international interest as well which creates a really great atmosphere and a good vibe.” 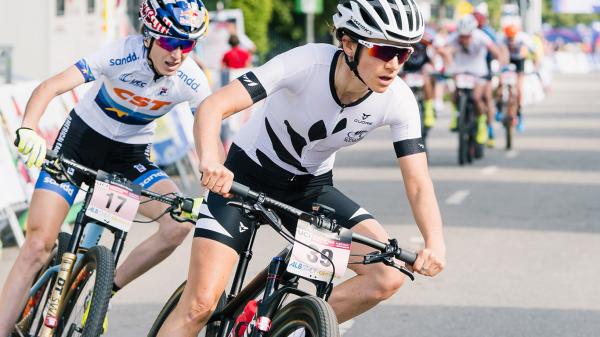 With vast experience racing at the elite level and the standard of rider Cape to Cape attracts, Samara knows she will be pushed all the way but such is the vibe and the social aspect of the event she is also expecting plenty of smiles and laughter across the four days of racing.

“The event is not over or won or lost until the final stage and anything can happen, so the skill is trying to mitigate any dramas that could come along. Not chewing up all your energy in the first day and pacing yourself. I think that kind of happens naturally as you slip into a groove and where you are in the field and you develop a relationship with the people around you who are your level. It is quite cool and I am looking forward to seeing some of the people I have met over the last couple of years.”

Samara said that as a Wollongong based Kiwi, the idea combining racing in South West of Western Australia with a bit of sightseeing, make Cape to Cape exceptionally appealing.

“Cape to Cape has some fantastic trails. Middle earth is pretty cool and one of my favourites with all the trails through there. Australia is huge and racing is a great excuse to go and see all the stunning places.”

“For me Cape to Cape is a long haul but once we get there it is so worth it, it is very cool. The race always finish at a vineyard or a brewery and it is catered for everyone with food and drinks and the sun is always out. It is a real cool vibe and we can all chill out and share some stories and catch up with how everyone else went. It is a fun few days that is for sure,” she said.